To share your memory on the wall of Peter Gambill Sr, sign in using one of the following options:

He was born in Harrisburg, Pennsylvania on May 30, 1957 to the late Clarence Gambill and Laura Robinson Gambill.Read More
Peter Daniel Gambill Sr., age 64, of Erie, Pennsylvania, passed away Saturday, April 24, 2021 at AHN St.Vincent in Erie.

He was born in Harrisburg, Pennsylvania on May 30, 1957 to the late Clarence Gambill and Laura Robinson Gambill.

During his youth years, Peter relocated to Erie where he attended the former Tech Memorial High School. Peter worked at Conrail as a railroad worker for several years. He loved gardening and fishing. Some of his most memorable moments were spent dancing and entertaining his family.

Peter will be deeply missed by all his family and friends.

In addition to his parents, he was preceded in death by a daughter, Ni’Kisha Gambill; sister, Cassandra Gambill; granddaughters, Unique Gambill and Takiah Warren and both maternal and paternal grandparents.

To send flowers to the family or plant a tree in memory of Peter Gambill Sr, please visit our Heartfelt Sympathies Store.

We encourage you to share your most beloved memories of Peter here, so that the family and other loved ones can always see it. You can upload cherished photographs, or share your favorite stories, and can even comment on those shared by others. 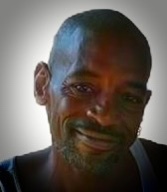