To share your memory on the wall of Roman Thompson, sign in using one of the following options:

He was born to his beloved parents Linda Thompson Woodward and the late Rev. Edward "Earl" Woodward on Sunday, November 17, 1974, in Erie, Pa.

Roman spent most of his earthly years in Erie, graduating from East High School class of 1993. He was a talented baseball and basketball player with a strong passion for bowling. He played in several bowling and pool leagues throughout Erie County. Roman was honorably discharged from the Marine Corps as a Sergeant. Inheriting his fathers traits he worked as an electrician and known best for being an all around "handy man." He was an avid Pittsburgh Steelers fan and enjoyed watching football games with his brothers and "crew." His most memorable hobby was fishing, he loved to fish. No matter the weather, fishing for him was undeniable. He was a member of Victory Christian Center under the leadership of Bishop Dwane Brock. Roman loved spending time with his family, his kind and humorous spirit will be deeply missed.

To send flowers to the family or plant a tree in memory of Roman Thompson, please visit our Heartfelt Sympathies Store.

We encourage you to share your most beloved memories of Roman here, so that the family and other loved ones can always see it. You can upload cherished photographs, or share your favorite stories, and can even comment on those shared by others. 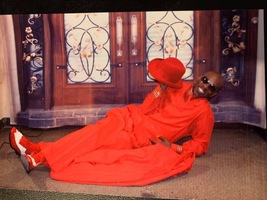